Best Use of Innovation and Technology Award Win for First Fence!

The competition was tough with many local companies nominated as well as larger companies such as Nestle , however we are thrilled to announce that we won the award for Best use of Innovation and Technology category, and we were a Finalist & Highly Commended for Business of the Year.

It is a huge honour to have won this award and we are very proud of all of our staff who have worked tirelessly in all areas of our business to make this possible and gain the recognition that they deserve.

We would also like to thank all of our customers and clients who have worked with us and supported us over the past 6 years, without you of this would have been possible, so thank you for your ongoing support! 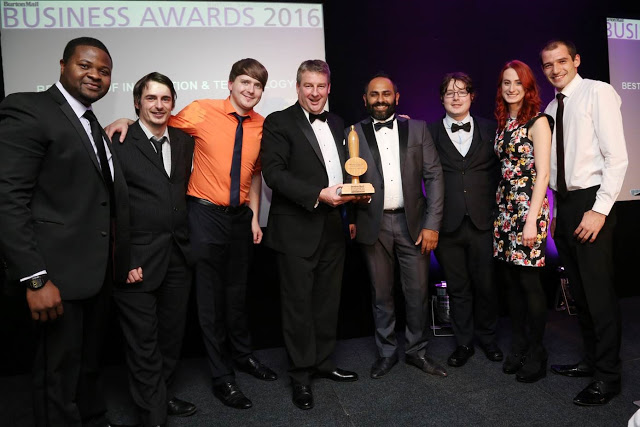 What did we do to win this award?

When we started looking for an alternative to the manual paper tray order fulfilment system, which we were using at the time, we found that there were no specific systems which met our requirements. General systems that were available would be too expensive to adapt and were too complicated to use, which would greatly increase training time and potentially cause us to alter in house procedures to accommodate such a system.

Instead we decided to develop our own order fulfilment system which met our own specific requirements, but could also be configured for other businesses, meaning that we were able to bring it to market where there was a clear niche for such a system. Our in-house development team created a complex and comprehensible system which enabled us process and monitor orders in a much cleaner and efficient way as opposed to the manual paper tray system which we used before.

This system can be customised for each individual users needs and features multiple options for navigation and acquisition, making it very easy to use. Because of the versatility of this system, we have successfully marketed our product to a number of businesses and received requests from several companies to customise the system for their own order fulfilment needs.

The success of this OFS system has allowed us to become more efficient as a whole with monitoring and processing orders, causing less errors to be made and reducing the amount of paperwork needed. This has enabled us to quickly expand and grow as a company over the past six years and we hope to expand further in the future. We believe that this software has the potential to go the distance and be the future of configurable OFS systems.

Check out our Brand New Vehicles!